Bitcoin vs. Gold: Which Is Better During Economic Uncertainty?

During periods of economic turmoil and volatility in the financial markets, many investors rely on safe-haven assets to retain the value of their investments.

Gold has remained one of the most popular, if not the most popular, safe haven which investors turn to in uncertain times. However, the emergence of a new asset class in the last decade, in the form of cryptocurrencies, has not only offered another avenue for investors through which to diversify their portfolios, but has also led many to believe that Bitcoin might be a good safe haven as well.

One of the main reasons gold has been popular as a hedging instrument against inflation or uncertainty is the fact that gold is a limited resource – a characteristic shared by Bitcoin. There can only ever be 21 million Bitcoins and not a single one more, essentially making the digital currency a deflationary one, whose purchasing power, theoretically speaking, increases every day. In addition, Bitcoin has several characteristics that make it superior to gold.

Bitcoin can be held, moved and managed far more easily than gold. The fact that Bitcoin resides on the blockchain and not in the physical world, allows it to be transferred almost instantaneously across physical and geographical boundaries, much more conveniently and inexpensively than gold.

On the other hand, Bitcoin’s price is itself volatile. The fluctuations that Bitcoin undergoes on a daily, weekly or even yearly basis cannot be ignored when we are looking to hedge our investments against uncertainty.

Gold, on the other hand, can be viewed as more stable. Safe-haven assets by definition are expected to be safe investments which retain their value, and gold has most definitely proven its worth as a top store of value. And clearly, the gold market is much more mature than the Bitcoin market, having been with us far longer.

However, if we look at prices from the 1970s, when investing in gold gained popularity, the annual percentage change does not seem that different to that of Bitcoin’s today. Between 1970 and 1990, gold experienced huge fluctuations similar to those we see with Bitcoin. This puts into proportion the argument that a safe-haven asset does not experience volatility. Essentially, Bitcoin today is what gold was 30-40 years ago.

For the average investor, regardless of the time period of the comparison, this level of volatility can be a big red flag. However, there are studies which show the contrary. In times of economic instability or uncertainty, investors’ appetite for cryptocurrencies, particularly Bitcoin, has increased.

Venezuela is a prime example of Bitcoin’s resilience as a store of value. As an economy rocked by hyperinflation and scarcity, Venezuela’s appetite for Bitcoin has not fallen short. The amount of Bitcoin traded in the oil-rich country soared by as much as 30% per cent in February 2019 to reach an all-time high. The fact that people are willing to put their faith in cryptocurrencies even during humanitarian crises, presents a very strong case for Bitcoin.

Argentina is another country that finds itself in the grip of successive economic crises and yet where Bitcoin investing has become quite prominent. Research conducted by Grayscale Investments, which assessed the correlation between buying Bitcoin and other assets during some of the key macroeconomic events of the past five5 years, showed that Bitcoin largely outperformed the traditional markets as well as major currencies.

Other research conducted by eToro shows that two-thirds of American investors are anxious about the looming recession and are ready to move their assets to safe-haven assets, including cryptocurrencies. One of the most notable findings in the study was the willingness of millennials’ to invest in crypto, specifically, 40% of millennials preferred cryptocurrencies as opposed to traditional safe-haven assets.

There is no doubt that we are witnessing a gradual shift in investor perception, one inclined more towards cryptocurrency investment. With so much uncertainty surrounding the market at the moment, Bitcoin investing has no doubt been a good alternative for investors looking to hedge their risk and, as data suggests, it has been the best- performing asset by far in recent years.

eToro is a multi-asset platform which offers both investing in stocks and cryptoassets, as well as trading CFDs.

Cryptoassets are highly volatile unregulated investment products. No EU investor protection. Your capital is at risk. 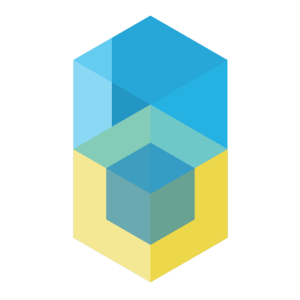 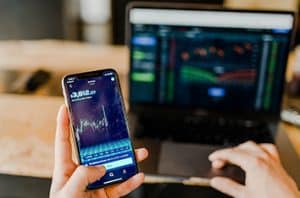 Bitcoin vs. Gold: Which Is Better During Economic Uncertainty?

During periods of economic turmoil and volatility in the financial markets, many investors rely on safe-haven assets to retain the value of their investments. Gold 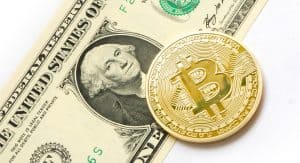 What if there was a way to keep politics, human error, and private influence out of money? This is what a fully decentralized, cashless system