What is TA (Technical Analysis)? 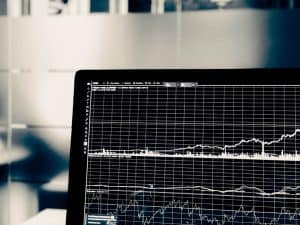 TA is the abbreviation for Technical Analysis. Technical analysis focuses entirely on analyzing the price development of a security. When performing a TA, the underlying facts of a security are not taken into account (stocks, cryptocurrencies, options, etc.), but only the historical price.

Over the years, numerous strategies and indicators have been developed to predict the price development of a security.

There are two different types of technical analysis:

Price Action focuses on the price development itself. By recognizing patterns in the course of the price, predictions are made.

Indicators are formed by making calculations based on the historical price.

With the Relative Strength Index (RSI), it is easy to see whether an effect is overbought or oversold, just like with the Stochastic Oscillator. The RSI indicator measures the speed and direction of a price movement. If the line is above 70, then there is an overbought situation. If the line is below 30 then there is an oversold situation. However, some traders use 80 and 20 as upper and lower limits.

The Simple Moving Average (SMA) is the simplest indicator in this list. An SMA is a line that consists of the last closing prices divided by the number of periods. An SMA is the average price of a certain period. You can easily set how many periods you want the SMA to exist from. The lower the number of periods, the faster an SMA responds to a price change. 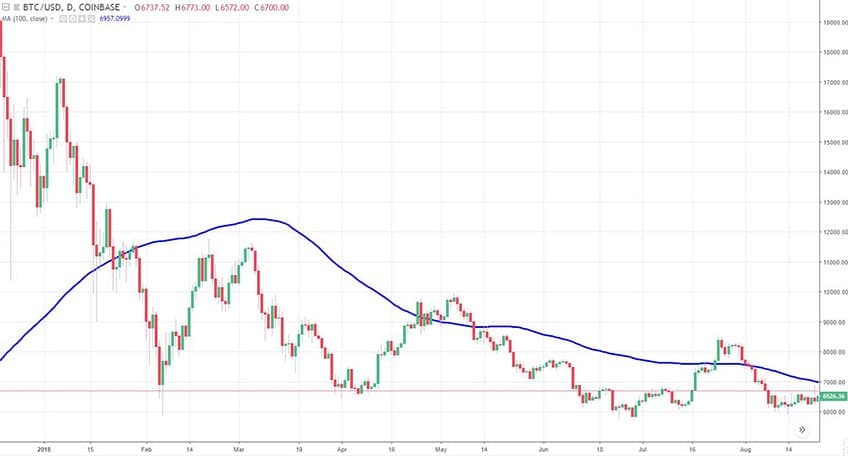 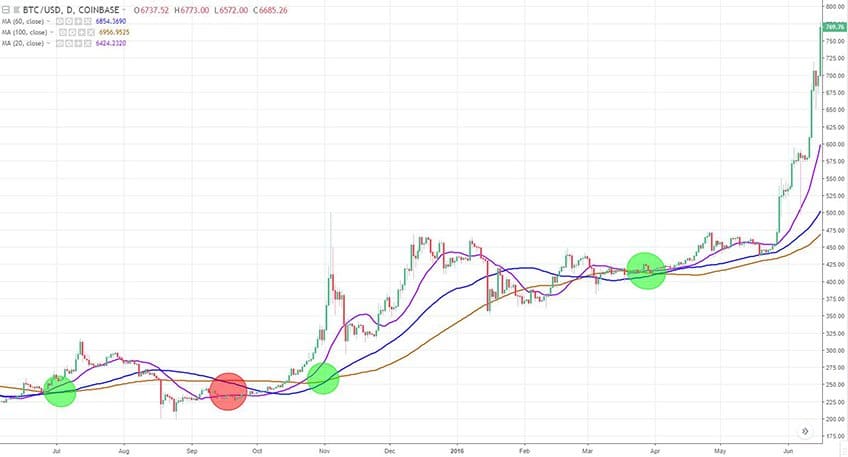 If we had used this strategy, we would have made a profit with the long trades and made a loss with the short trade.

The double bottom strategy is a price action strategy and therefore does not look at indicators, but only at the price of an effect.

The double bottom strategy can be used for an effect which is in a downward trend. You wait until the price makes a retracement and then drops again. If the price doesn’t fall any further than the previously formed bottom, this is a signal that the price might form a double bottom.

See the image below for an example: 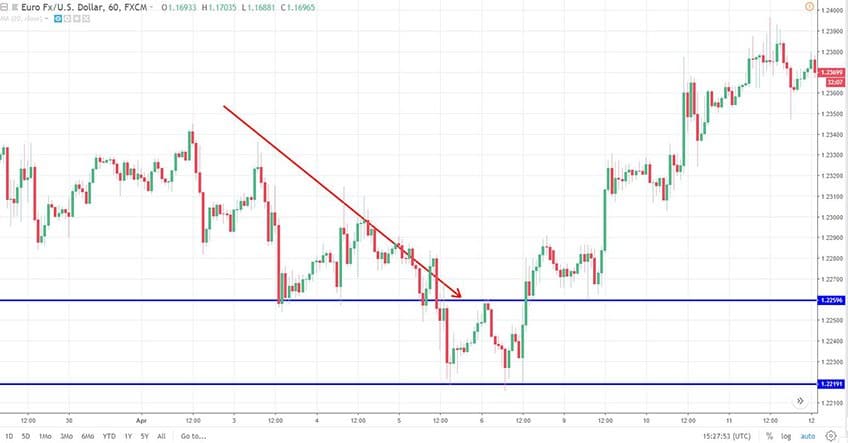 When the bottom is reached for the second time, you don’t take a position yet, but instead wait until the direction has broken the neck (the upper blue line). You can do this by setting an alert or by setting a ‘buy stop’ (if that’s possible with your trading software).

The moment you go long is at the green arrow: 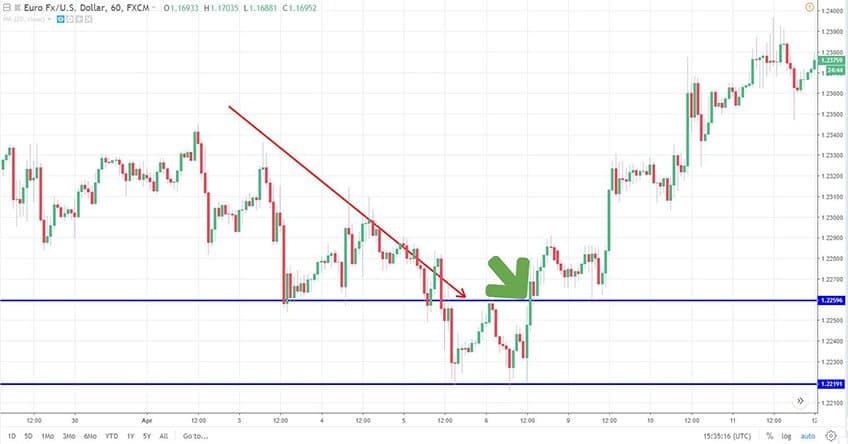 This strategy can also be used when an effect is in an upward trend. The whole strategy is then exactly the other way around. 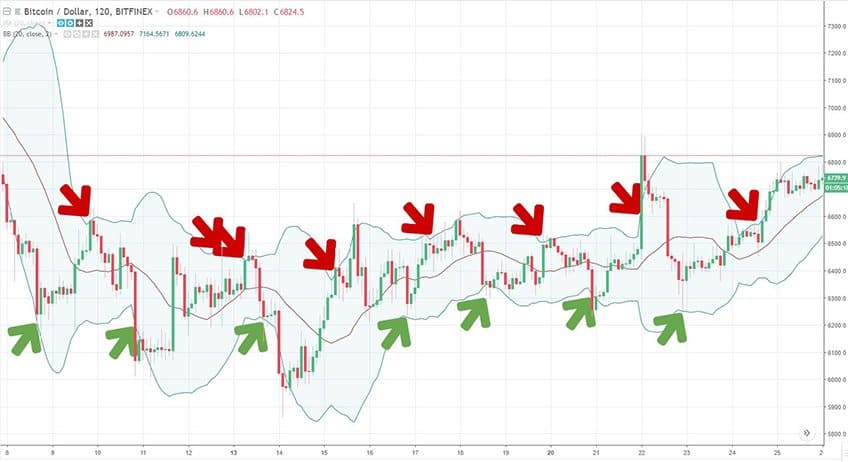 If you look closely, you see that the price touches the edges more often than we have taken a position. This is because the price must first have broken the middle line before you take a second short or long position. If you don’t follow this rule, you’ll get a lot of false signals and you can lose quite a lot as soon as the price starts to follow a trend upwards or downwards. You may even be able to tighten up this rule by never taking two identical positions at the same time.

The breakout strategy is just like the double bottom strategy, a typical price action strategy. With the breakout strategy you look at which price level a price has trouble with. As soon as this price level is broken, you go long or short (depending on whether the price increases or decreases). You put the ‘stop loss’ rather tightly below the resistance level in case of a long position. If it’s a short position you’ll put the ‘stop loss’ just above the support level. 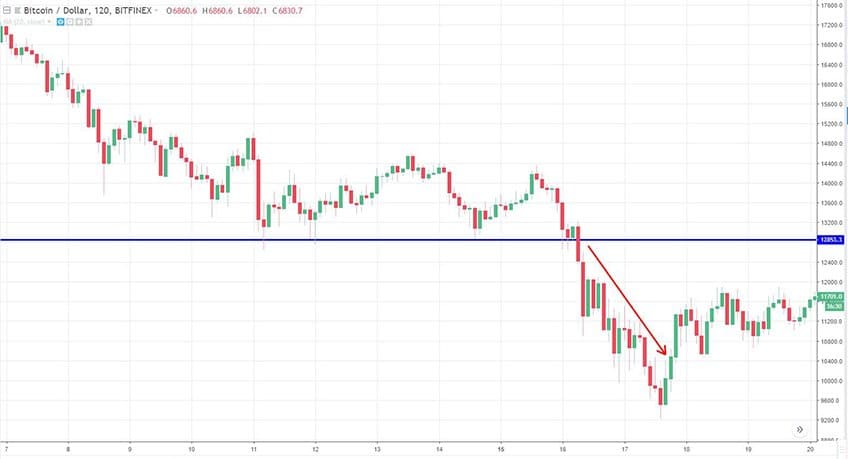 As you can see in the picture above, the price bounces three times back from the blue line. This is the sign that there is a support level there. As soon as the price breaks through, the support price drops down even more rapidly.

As soon as the price breaks through a support level (the blue line), it is possible that the price gets into an acceleration. This is because ‘stop loss’ levels of traders who are long are touched and thus they are forced to (automatically) sell their positions. This gives a lot of downward pressure. The opposite happens when the price breaks above a resistance level. At that moment short sellers will have to buy back their borrowed securities, creating upward pressure. 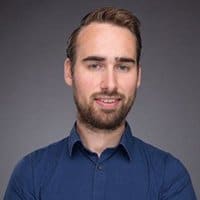 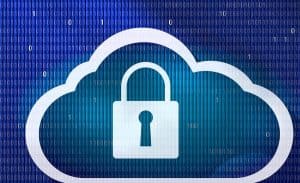 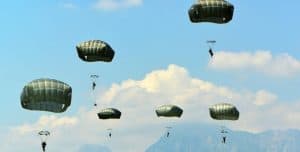 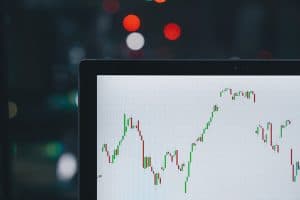